Oakland County Pioneer and Historical Society operates a 4 and a half acre campus, with these buildings and resources: 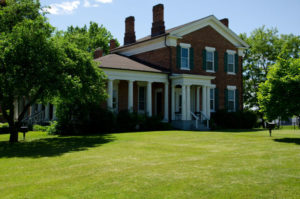 The Society is located at Pine Grove, the former estate of Governor Moses Wisner.

Today, Pine Grove consists of 4 1/2 acres of land, the Wisner mansion and several out-buildings, including a summer kitchen, outhouse, smokehouse and root cellar. In addition to the outbuildings, there is the Drayton Plains One Room School House and the Carriage House, which is home to the Research Library, office and the Pioneer Museum.

Group tours of six or more may be arranged by contacting us to schedule an appointment. See our Hours, Location and Tours page for more information. Visitors may also tour Pine Grove during special events, such as our Summer Social or Victorian Christmas celebrations. 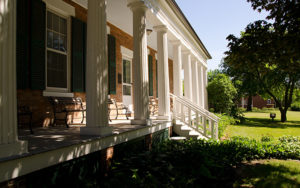 When Moses Wisner arrived in Pontiac around 1845 to establish a law practice with his brother, he purchased an already-standing small house on the grounds, and promptly renovated it into a Greek Revival mansion.

In 1965 the Drayton Plains school was donated by the Coats family to the society and relocated here. It was originally located at Monroe and Sashabaw in Waterford, currently the parking lot of the Coats funeral home. While on its original site, the building served as a school from the mid-1860s to the early 1920s, and from then until the 1960s as a church. The society has returned the building to its original appearance. 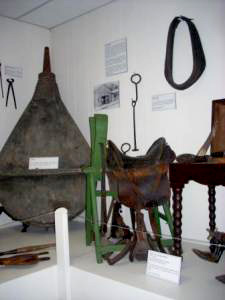 The society maintains a collection of 19th and early 20th century objects, including exhibits on ice harvesting, farm life, and memorabilia. This collection is located on the ground floor of our carriage house. 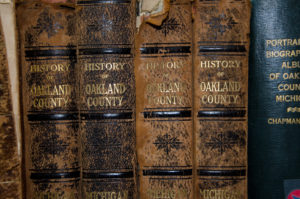 Our research library, located in the Carriage House, consists of a large number of books, maps and other resources.