Mini-Lecture by Bill Grandstaff: “A Picnic in the Cemetery” 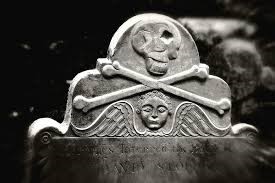 Before the Civil War, The Victorian Era had a custom for every aspect of the daily life in America. Death and dying was no exception.

We will examine the concept of a “Good Death,” and what that meant including where and how people were buried and the evolution of cemeteries from the Puritans to Victorian cemeteries to the rural cemetery movement.

While the Victorian Era was a regimented period, some of them had an excellent sense of humor and expressed it on their tombstones. We will spend time exploring head stone messages and symbols.

And we will discuss how young soldiers dying in war far from home would change how a nation dealt with death.