The History of the Society

Home/The History of the Society

The History of the Society

At this time, the “Old Settlers” voted to resolve themselves into a society known as the Pioneer Society of Oakland County. Initial members were required to be residents of the county prior to 1840.

Also in 1874, the “first semi-annual meeting and picnic” was held at the fair grounds where a group picture was taken. 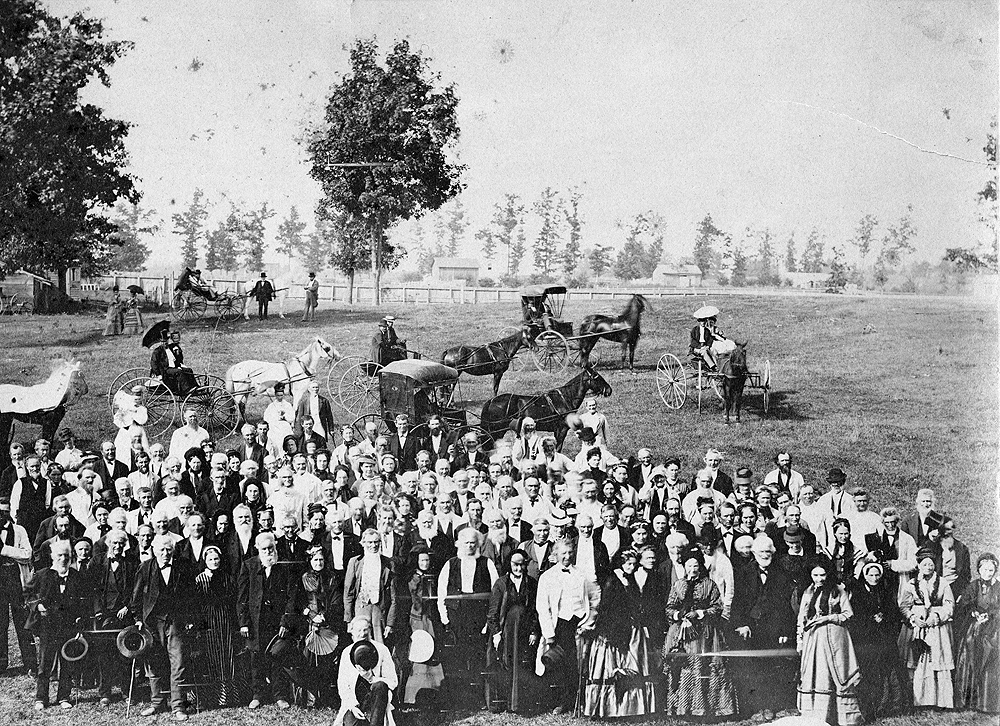 For many years, a picnic was held in the fall, and an annual dinner early in the year. The Society held its annual meeting at noon on Washington’s birthday, usually at a Pontiac church.

As time went by, and fewer people met the eligibility requirements, membership was opened up to include descendants of pioneers as well as other residents of the county who were interested in the history of the area. The name was changed to The Oakland County Pioneer Society.

Throughout the late 19th century and early 20th century, the Society collected newspapers, books, photographs, manuscripts and artifacts relating to Oakland County, and the collections were stored in the county courthouse at the intersection of Huron and Saginaw streets in downtown Pontiac.

Even though the collection was displayed in locked cases in the courthouse, vandalism occurred, so when the County acquired the old Masonic Temple, the Society moved the collection there for more secure quarters.

In 1943, a movement was led by some of the Society’s members to purchase Pine Grove, the Pontiac homestead of Governor Moses Wisner, as a headquarters for the Society.

In 1945, a non-profit corporation called The Oakland County Pioneer and Veterans Historical Foundation was formed in order to raise the funds needed to purchase and maintain the property. The Foundation secured the funding and arranged for the purchase of Pine Grove from Wisner’s granddaughter, Florence Clark Wallace.

In the fall of 1945, the collections of the Society were moved from the court house to the Wisner mansion.

Since both the Society and the Foundation had virtually the same membership, and their purposes were closely related, a decision was made in 1962 to merge into a single corporation called the Oakland County Pioneer and Historical Society.

As part of our mission, the Society continues to devote itself to the preservation of the history and culture of Oakland County, and to maintaining the Pine Grove estate.

The Society does not limit itself strictly to the Pine Grove museum, but has developed various programs and events to promote the history of our region, and volunteers work hard to make your visit to Pine Grove enjoyable and informative.