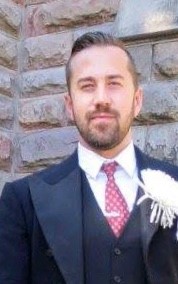 Our Society is excited to announce Mike McGuinness as our new Executive Director. The Board of Directors voted at their June 2019 meeting to hire McGuinness and he began in that capacity in July 2019.

Most recently, McGuinness was working for the federal government on the staff of Congresswoman Brenda Lawrence. He served as Campaign Manager and Finance Director in her previous federal campaigns as well. Prior to that, he held multiple roles over six years at Towne Mortgage Company in Troy which included leading the marketing team, the appraisals process, and the home renovation loans process.

In addition to fundraising, organizing, and outreach, McGuinness has a strong record of community involvement. He was elected to the Pontiac School Board in 2016 and currently serves as Board Secretary. From 2015 to 2019, McGuinness served a four-year term as Pontiac Arts Commission Chairman. He implemented multiple innovative programs, including the successful Pontiac Arts Crawl in downtown Pontiac in 2018 and 2019. He previously served on the Pontiac Charter Revision Commission as well.

McGuinness, 35, is a resident of Pontiac, on Union Street across from the historic Central Elementary School, and has been a member of our Society since 2011. He grew up in West Bloomfield and Pontiac, and graduated from Oakland University. While at Oakland, he was active on campus in multiple organizations, including being twice elected as Student Body President, and was an AmeriCorps National Service Member in the Pontiac community to help pay for college and make a difference.